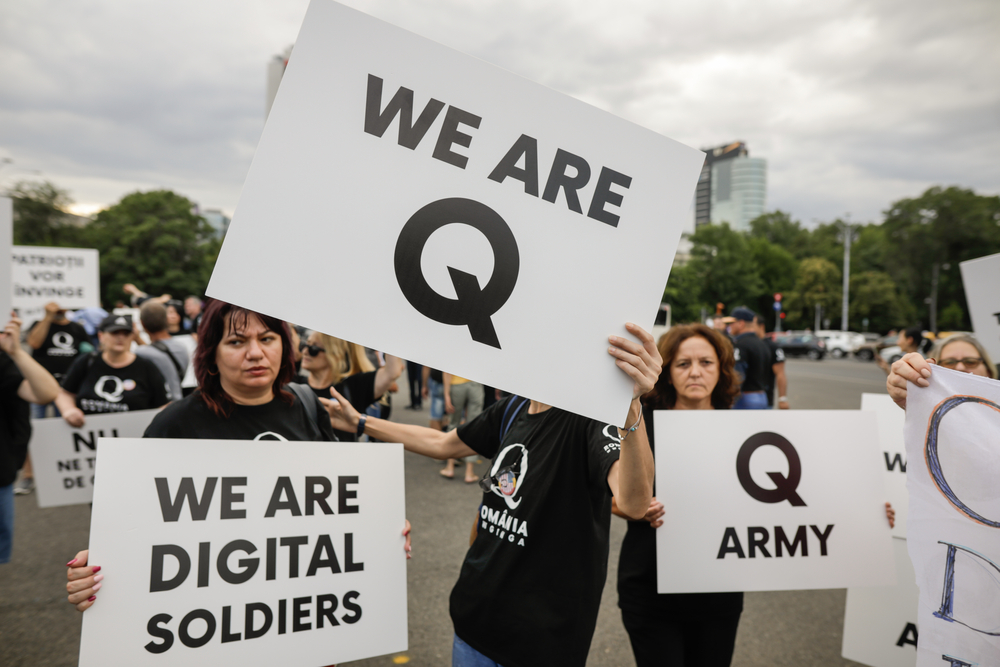 Child molestation is a very real problem. But the far right is far more interested in demonizing women, homosexuals, and the transgender community.

Hungary’s authoritarian leader Viktor Orbán loves a good enemy. He has lashed out against Eurocrats in Brussels. He has cynically demonized immigrants to boost his political standing at home.

But now he may have gone too far with his attack on an unlikely (and universally unliked) group of people.

Last month, the Hungarian parliament passed legislation increasing the sentences for those convicted of sexually abusing minors. Ordinarily, such a move wouldn’t cause much if any backlash. But the Hungarian right wing has used its campaign against pedophilia to target homosexuals and the transgender community. The bill includes a ban on any depictions or promotion of homosexuality to anyone under the age of 18. It’s part of Orbán’s longstanding effort to turn Hungary into a bastion of Christian conservatism in the middle of Europe, which has included, among other things, a decree enshrined in the country’s constitution that marriage is only between a man and a woman.

“Linking the LGBT community to pedophilia is a tactic that may score Mr. Orbán and his party points with conservative rural voters, many of whom, spurred on by a steady stream of government propaganda, see the government as a bulwark against the cosmopolitan liberalism symbolized by opposition political figures in the capital,” writes Benjamin Novak in The New York Times.

The European Union, of which Hungary is a member, is fighting back. The EU is a place “where you are free to be who you are and love whomever you want,” noted the president of the European Commission, Ursula von der Leyen. “I will use all the powers of the commission to ensure that the rights of all EU citizens are guaranteed. Whoever they are and wherever they live within the European Union.”

Viktor Orbán is not alone in his obsession. Pedophilia features prominently in the diatribes of far-right politicians in a number of countries, the organizing campaigns of far-right NGOs, and the ravings of QAnon.

The trafficking of children is a serious global problem. Every year, thousands of children are sold for the purposes of sexual exploitation. But the far right is more interested in insane conspiracy theories—and enforcing its antiquated notions of gender and sexuality—than in dealing with this very real problem.

Instead of combatting real-existing pedophilia, the far right has waded into the deep end to battle Satanism and homosexuality, which they tend to equate. Going back a thousand years and more, the real issue has nothing to do with the Devil or sexuality. Rather, like so many other problems, it all boils down to money and power.

Nearly 900 years ago, William of Norwich was found dead outside the English town of Norwich. The 12-year-old boy was an apprentice tanner from a family connected to the local cathedral. His death was an unsolved mystery, and the authorities didn’t charge anyone with murder.

But five years after the discovery of the body, a bishop defending a man accused of killing a Jewish moneylender in Norwich made the extraordinary claim that the victim had been responsible for killing young William. The bishop argued that the Jewish community of Norwich had chosen the boy for the purposes of ritual murder, an outrageous defense that successfully deflected attention from the murderer of the moneylender.

And thus was born the “blood libel.” According to this early conspiracy theory, Jews killed children to extract their blood for use in religious rituals or even such mundane tasks as baking matzoh. It has been a particularly durable myth, appearing throughout the Middle Ages, during the Nazi period, and even among modern anti-Semites.

QAnon might at first glance seem to belong to an entirely different category of conspiracy. But the notion that a global cabal traffics in little children for the purposes of Satanic rituals that require their blood is nothing but an updated version of the blood libel, with cosmopolitan liberals substituting for Jews.

Talia Lavin plumbed the connections between QAnon and the anti-Semitic “blood libel” last year in The New Republic. But she failed to note the economic underpinnings of both outlandish conspiracy theories. In Norwich, in the middle of the twelfth century, the blood libel grew out of perceptions of Jews as a rich, powerful, and globally connected community that “sucked the blood” of Christian society through the charging of interest on loans. In those days, the Church considered usury a sin, which opened up the profession to Jews (though plenty of non-Jews also served as bankers in the Middle Ages and afterwards). The “blood libel” thus fed into other anti-Semitic myths that associated all Jews with global power and wealth.

QAnon is similarly focused on a devilish global fraternity that supposedly steals children and somehow transmutes their blood into international power. These feverish nightmares intersect with the diatribes of Trump and his allies against “globalists” who have somehow destroyed the purity of America. Both narratives gain power from the fact that globalization has failed to deliver to so many people around the world. For those willing to believe pretty much anything, QAnon provides a fact-free explanation that what economists call the workings of an impersonal, invisible hand is actually the handiwork of a very real and very evil network of people.

But what does this all have to do with pedophilia?

The far right has usually focused its energies on race and nationalism. But the alt-right has also absorbed a large chunk of the social agenda of mainstream conservatives, particularly around gender. This concern has translated into a commitment to preserving the traditional family, circumscribing the role of women, and combatting anything that smacks of same-sex attraction or gender fluidity.

According to a fascinating new report from the Elevate Children Funders Group and the Global Philanthropy Project, the alt-right has enlisted children in its full-spectrum defense of the traditional family. “Gender-restrictive groups prey on our collective desire to protect children,” the report authors argue. “By presenting themselves as ‘concerned adults’ with children’s wellbeing and safety, they appeal to a more moderate, nonreligious audience.”

This “defense of the family” often conflates pedophilia with homosexuality. In 2018, as the Manufacturing Moral Panic report details, the Bulgarian far right mobilized against sex education in schools and managed to persuade the government to reject ratification of the Istanbul Convention, a European treaty to prevent violence against women. To do so, the far right spread various myths about “gender ideology” to suggest that feminists and gay rights activists were intent on destroying the traditional family and binary definitions of male and female, all of which put “children at risk.”

A particularly bizarre element of the campaign was the “Norwegian Model,” according to which the Norwegian government was trying to make it easier for the Bulgarian government to separate children from their families so that they could be adopted by same-sex couples in Norway, which in turn would lead to widespread pedophilia. In this made-up scenario, wealthy Norwegians are merely the stand-ins for all the rich foreigners who have been exploiting Bulgaria for its natural resources and cheap labor.

According to another conspiracy theory that has spread throughout Latin America, the fictitious “Pedophile Activist Movement” is supposedly trying to worm its way into the LGBT community to normalize child molestation. “Two of the main methods of this attack on the reputation of the LGBT community,” writes Andrea Dominguez, “were the dissemination of an alleged pedophile flag, suspiciously similar to the flag that identifies trans people, and the celebration of “pedophile pride day” on June 24th, in dangerous proximity to the LGBT pride day that is celebrated every June 28th.”

Promoting these efforts are the usual QAnon-like social media trolls. But there are also a number of well-financed NGOs that are pushing homophobic, transphobic, and anti-feminist messaging around the world. The Alliance Defending Freedom International, a global battering ram of Christian fundamentalists in the United States, works in dozens of countries to outlaw same-sex marriage and abortion. As Media Matters points out, “In their book The Homosexual Agenda, ADF founder Alan Sears and his former ADF colleague Craig Osten called pedophilia and ‘homosexual behavior … often intrinsically linked.’ The book also falsely claimed that ‘there is a definite link as well between child molestation and later homosexual behavior.’”

Once prominent on the neo-Nazi fringe, for instance in the Russian skinhead effort “Occupy Pedophilia” that was dedicated to gay-bashing, this association of pedophilia and homosexuality has increasingly leaked into more mainstream right-wing discourse. The World Congress of Families, which initially tried to maintain some distance from explicit homophobia, has been overwhelmed by activists pushing this so-called link, with Ted Cruz’s father Raphael Cruz declaring at their 2015 conference that the “next thing [LGBT activists] are going to push [is] to try to legalize pedophiles.” The far-right European petition organization, CitizenGo, has also been obsessed with pedophilia, for instance launching a petition demanding that the film Call Me by Your Name be censored on the grounds that it promotes pedophilia.

All of this, of course, is nonsense.

But again, pedophilia itself is not imaginary. The New Yorker recently ran a story about a renowned sexologist who managed somehow to convince the German government to place young boys in foster homes run by pedophiles. It wasn’t a conspiracy. It wasn’t global. It didn’t involve Satanists. But the state often does not do right by vulnerable children.

Why doesn’t the far right deal with these real cases of pedophilia? Because that would require an examination of some very embarrassing cases within its own ranks. Take the example of far-right Republican congressman Matt Gaetz, currently under investigation by the Justice Department for sex trafficking and having sex with a minor. Ralph Shortey, the chair of Trump’s Oklahoma campaign, is serving 15 years in prison for child sex trafficking. Would-be Senator Roy Moore, would-be congressman Ben Gibson, former Speaker of the House Denis Hastert, Trump Commerce Department official Adam Hageman, Republican digital strategist Ruben Verastigui, and so on: all have stood accused of pedophilia and/or child pornography.

Viktor Orbán faces the same problem of embarrassing scandals within his own party. This month, a former top-ranking official from Orbán’s Fidesz party went to jail after being caught secretly filming children in dressing rooms at the beach. The Hungarian ambassador to Peru was removed from office and fined after his office computer was found to contain thousands of picture of child pornography. Then there have been the various charges of the sexual abuse of children inside the Hungarian Catholic Church.

So, that new Hungarian law on pedophilia? Methinks the Hungarian government doth protest too much. Instead of indulging in the worst forms of homophobia, Viktor Orbán could better direct time and resources at addressing child molestation among his colleagues and inside the conservative mainstream of Hungarian society.

John Feffer is the director of Foreign Policy In Focus.