Imagine writing a bestseller to derail a president’s reelection bid without two seconds of thought about whom you’ll vote for instead?

Welcome to the world of John Bolton, Trump’s ex-National Security Advisor notorious for using his Washington elite perch over the past several decades to push needless American wars from South America to the Levant, Persian Gulf, and Korean Peninsula.

After getting sacked by his boss last year for seemingly trying to start World War III, Bolton has penned a tell-all insider’s tome described as “the most damning written account by a Trump administration alumnus.”

Even before its official release this Tuesday, snippets of the book began to appear all over the internet. And of course, Bolton has been doing rounds on the interview circuit, sparing no chance to slam his former boss as corrupt and unfit for office.

« In 2016 I voted for Trump over Hillary Clinton,” Bolton told The Telegraph in an interview published Sunday. “Now, having seen this president up close, I cannot do this again. My concern is for the country, and he does not represent the Republican cause that I want to back.”

Who is Bolton voting for?

The obvious implication was that Bolton planned on voting for another presidential candidate, like the Democratic challenger. A longtime Washington insider, Bolton is presumably aware that America operates under a two-party political system in which those not supporting the Republican incumbent will likely cast their vote for the future Democratic nominee.

Based on his anti-Trump remarks, political observers on Twitter naturally understood Bolton’s position in 2020 as voting for Biden, particularly since the only point of his memoir is to torpedo a presidential two-peat. 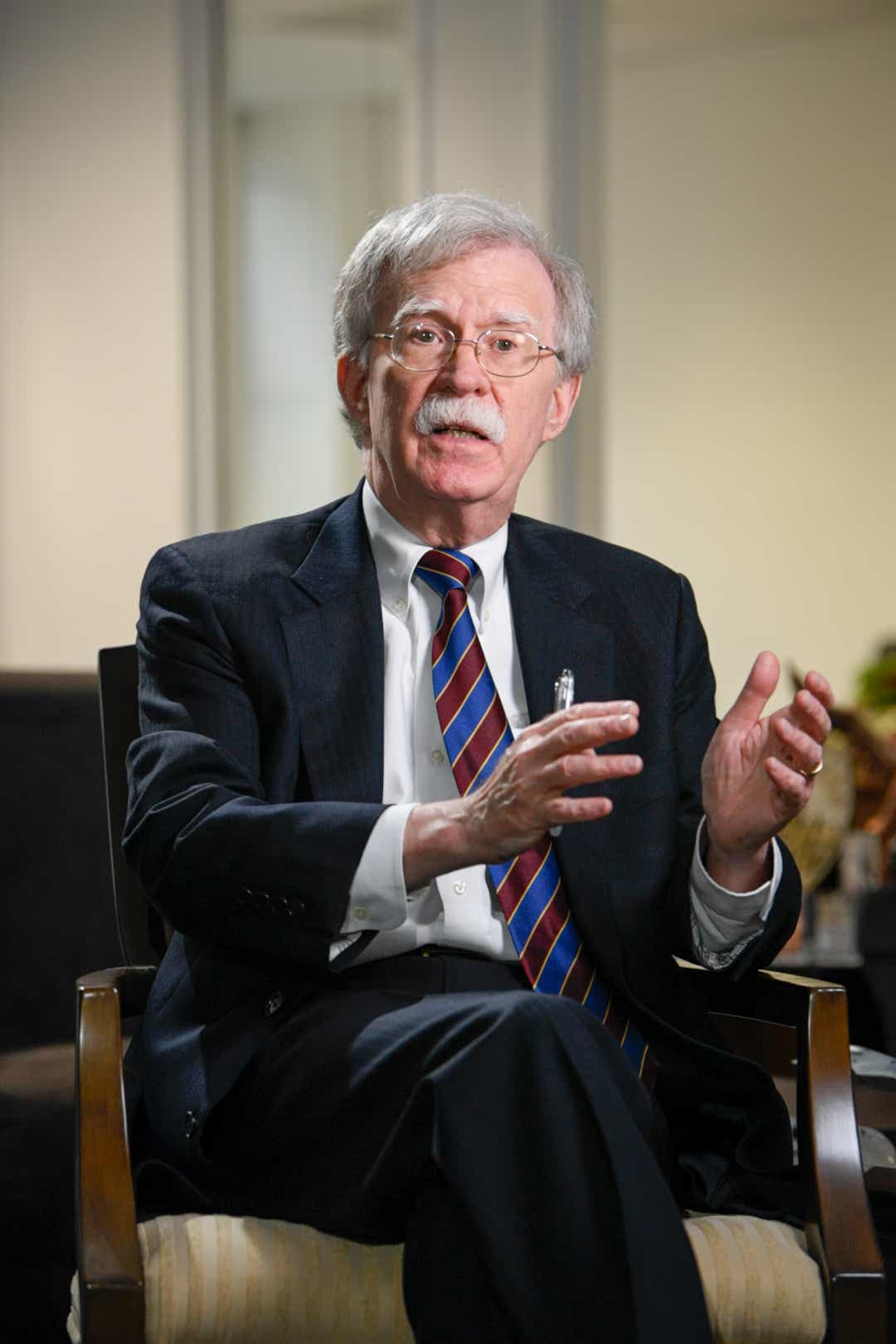 Hours later, though, the lifelong Republican’s spokeswoman, Sarah Tinsley, told CNN that actually: “This statement is incorrect. The Ambassador never said he planned to vote for Joe Biden.” She tried to clarify, “He will not be voting for Biden or Trump.” Squaring the circle in an ABC interview, Bolton mused that he’ll have to “figure out a conservative Republican to write in.”

Maybe you find it weird that Bolton would try to bring down an incumbent political leader without a clue or even care of whom will replace the old guard? But this is vintage Bolton.

Bolton has made it a lifelong habit of being both the first and last guy in the room to make the case for regime change. His tireless efforts have always gone into selling regime change — not on understanding or even considering the day after.

Take Iraq, where Bolton pushed for toppling Saddam Hussein from power in the 1990s, years before lying to the American public about the dire post-9/11 need to depose this dictator. The main argument for regime change was that Saddam would pass along his hidden stash of weapons of mass destruction to Al Qaeda. What ended up happening, of course, is that we never found this WMD stash and Iraq became Al Qaeda’s foremost terrorist affiliate, filling the post-Saddam power vacuum.

To this day, Bolton insists that he has no regrets about this fateful decision. It does not matter that regime change helped out the very type of jihadi terrorists it was intended to hurt.

Bolton also did not consider how regime change in Iraq would empower its neighbor, Iran. When this happened, he simply redoubled his pitch that “the declared policy of the United States should be the overthrow of the mullahs’ regime in Tehran.”

With all this advocating for regime change, who has time anyway to consider whether it will spark another protracted civil war rewarding even more dangerous anti-American extremists?

In Syria, too, Bolton advocated for removing Assad in order to make progress against ISIS even though they are adversaries. After promoting the popular DC talking point that only the anti-Assad “rebels” fight ISIS, its leader was caught hiding out with them.

Whereas every sentient political observer recognizes regime change in Libya as a massive humanitarian and strategic disaster that resulted in more terrorists, civil war, sex slavery, and refugees, Bolton has advocated for the “Libya model” to be applied to North Korea.

Predictably, Bolton has been calling for an “end” to the regime of Kim Jong Un without a thought of what negative externalities will take its place. Bolton may well be right that America would benefit from regime change — this time at home. But don’t take his word for it.

Max Abrahms is an associate professor of Public Policy at Northeastern University and a fellow at the Quincy Institute.